The beach area at Bahia Honda State Park in the Lower Florida Keys has been named among the United States’ top 25 beaches for 2014 by TripAdvisor, one of the world’s largest travel websites.

TripAdvisor’s Travelers’ Choice Beaches Award winners were announced Tuesday, with rankings based on the quality and quantity of TripAdvisor traveler reviews and ratings for beaches during a 12-month period.

Listed at number 17, Bahia Honda’s pristine sandy expanse is part of a 524-acre state park located on Bahia Honda Key between mile markers 36 and 37. One of the Florida Keys’ most popular camping and recreation areas, Bahia Honda offers deep near-shore waters for swimming and snorkeling as well as camping, picnicking, watersports, nature trails, the Sand and Sea Nature Center, a marina and rental cabins.

Nine of the other top 25 beaches named as winners are in Florida as well.

TripAdvisor-branded websites make up the largest travel community in the world, operating in 36 countries worldwide and reaching more than 260 million unique monthly visitors in 2013.

To view the entire listing of the top 25 beaches in the United States, visit www.tripadvisor.com/TravelersChoice-Beaches.

Other top-rated Beaches in Florida 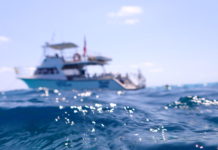