Two events in particular shine in the lineup of the Tennessee Williams Birthday Celebration.

“An Evening with Tennessee Williams”

Enjoy samples of the Pulitzer prize-winning author’s favorite drinks, the folklore behind them, and recipe demos on Friday, March 15 from 7 to 9 p.m. at Key West Theater, 512 Eaton St., during “An Evening with Tennessee Williams” presented by Philip Greene, acclaimed mixologist, cocktail columnist, and co-founder of the Museum of the American Cocktail in New Orleans.

“The evening will be a sophisticated and entertaining celebration of bookworms and barhopping, literary style,” says Greene, author of the best-selling “To Have and Have Another: A Hemingway Cocktail Companion,” “The Manhattan: The Story of the First Modern Cocktail,” and “A Drinkable Feast: A Cocktail Companion to 1920s Paris.” Greene will be on hand to sign books, which will be available for purchase at the event.

Greene will include excerpts from Williams’ pages and serve cocktail samples based on the drinks mentioned in them, along with favorites imbibed by friends and literary greats F. Scott Fitzgerald, Ian Fleming, Raymond Chandler, Truman Capote, William Faulkner, Dorothy Parker, and Ernest Hemingway. Taste and learn how to make literary libations that include the Rum-Coco, a drink Williams likely invented and featured in the pages of his 1959 play “Night of the Iguana,” his favorite New Orleans classic, the Sazerac, and Hemingway’s favorites, the Americano, the Negroni and his classic daiquiri.

Four of Williams’ “essential dramatic works” will be at the Tropic Cinema with Monday night showings from March 4 to April 1.

March 11, 6:30 to 8:30 p.m.: “The Rose Tattoo,” 1954, filmed in Key West and adapted from the play of the same name stars Burt Lancaster and Oscar-winner Anna Magnani. Its original local premier was held at the San Carlos Institute in 1956.

March 25, 6:30 to 8:30 p.m.: “Sweet Bird of Youth,” a drama based on the Tennessee Williams play by the same name starring Paul Newman, Golden Globe-winner Geraldine Page, Shirley Knight, Madeleine Sherwood, and Ed Begley, who won an Oscar for Best Actor in a Supporting Role. 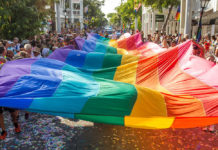