Are you new around here? Welcome to the Florida Keys — and to hurricane season.

Unfortunately, you can’t have one without the other, but now is the time to get yourself acquainted with the recommended safety tips and supply checklists. There are plenty of resources, including this guide, to ensure you have all the important bases covered.

But some other great ideas, innovations and improvisations only come from true storm experience, and plenty of folks in this island chain have decades of it. They’ve been there, done that. They’ve stayed and they’ve evacuated.

They know exactly how many appliances their generator can handle and they’ve helped every person they know expertly secure their boats. (Plus, they typically have a lifetime supply of bottled water and peanut butter.)

These are the people you want in your neighborhood when the sky turns that ominous color and things get real. We reached out to some of the Keys’ most experienced and best-prepared, MacGyver types and asked for their most useful pre- and post-hurricane tips — often brilliant solutions to unexpected problems that don’t appear on the usual government-issued storm literature.

To say that Capt. Richard Stanczyk, owner of Bud n’ Mary’s Marina and a 43-year resident of the Keys, knows about hurricanes, is to make a major understatement. He was slapped with at least $1 million in damages to his marina after Irma, and he took shelter under a mattress in a bathroom while Joaquin roared like a jet engine with 149-mile-per-hour winds over his head in the Bahamas. His biggest tip?

• “Don’t panic. For one thing, he explained, physically dangerous storms don’t come around to the Keys too often. “I can count on one hand the life-threatening storms of the past century.”

• And lastly, he is always faithful to this adage: “Run from water, and hide from wind.”

A 40-year charter captain and veteran of all storms since Hurricane Andrew, Miles remembers having no power, water or phones the first few days after Hurricane Irma.
But they ate like kings, grilling lobster tails,
local fish and Omaha steaks on the grill outside. (It’s also a great way to clean out the freezer before anything spoils.)

• “Use your gas grill and empty your freezer. We have a “baby Weber” that uses small propane cans, such as those used for camping.”

• Having listened to Sheriff Ramsay on the radio changing his tire right after Irma, Miles also said, “Add a tire repair kit and/or some cans of Fix-a Flat to your storm supply list. And if you have dive tanks, get a tire-filling adapter.”

A Middle Keys commercial fisherman, he says to “spread your assets.” He said he has three boats and prepared for hurricanes by spreading them out between Conch Key and Marathon. “If a tornado comes through, it won’t get all three, and we can avoid extensive damage and have a fighting chance to get our business restarted.” 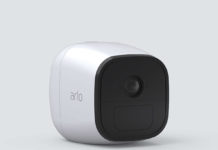 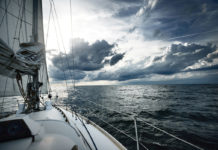