In total, six local soccer squads made the trek north to compete against teams from across the region. The U14 girls team won the state championship with a 2-1 victory over Homestead. Team Manager Shannon Catarineau said the girls team went undefeated through play, scoring 12 goals in four games and beating Homestead in the finals 2-1. Only two goals were scored against them.

Goals were scored by Bayley Catarineay, Mya Champigny, Kai Redruello, Grace Goodwin, Ivy Tiedemann and Marina Zinarno. Catarineau said the team, coached by Jason Catarineau and Peter Galera, made huge strides from their time playing together in the U12 league.

“They made huge strides,” she said. “They went from not being able to score a goal to scoring all sorts of goals and winning a championship.”

The U10 boys also came home state champions, beating Key West by a score of 4-2.

“They did fabulous. We pretty much swept the tournament,” said Sellstrom, adding the team had a player from each Upper Keys school. “The first game during the Hurricane Cup in December was pretty much the first time they played all at once. They gelled really fast.”

Five of the six youth teams made it to the semifinals during the state championships — a show of good things in the years ahead for soccer in the Upper Keys. The U12 girls remained undefeated through the finals before losing 3-0 to Key West.

Marc Serota, assistant coach for the U12 girls state soccer team, said it was the best finish the team’s ever had under the leadership of head coach Olman Valverde. Goalie Alley Rosedale had two shutouts during the games, and five different girls scored goals.

“It was a fantastic experience for these young ladies,” Serota said. “We were also very fortunate to have two players from Marathon join our team. It was a true Keys effort.”

Shannon Cary, AYSO Upper Keys commissioner, said they haven’t fielded this many teams in some time.

“Every single team got a win, which is pretty awesome in general,” she said. “We’ve never seen that many Upper Keys teams make it to the semis. It’s a huge testament to our volunteer coaches.”

Among the teams making it to the semifinals were the U12 boys. Coached by Chris Kilmurray and Rob Judson, the team saw vast improvement from their losses to Homestead and Key West in the Hurricane Cup last year.

“Over the past six weeks, we really trained hard and worked on a new scheme. We worked on a lot of fundamentals of passing and ball control. It all came to fruition with an attack plan in the first three games.

Cary added that the young soccer players put in quite the effort through practice in the lead-up to the state games.

“They were super excited and wanted to keep going,” she said.

A fall soccer season in the Upper Keys saw a number of teams playing Saturday mornings at Founders Park. While the state games in West Palm Beach concluded the soccer season, Cary said they’re working to bring club play so soccer players have the ability to play year-round.

“Our community is incredible. We’ve had lots of sponsors and support,” she said. 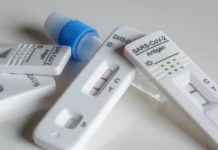