Student athletes hit the court this week across the Florida Keys. The official start date for practices was Aug. 1, and each of the three Monroe County high school volleyball teams began gearing up for the start of competition.  Listen to our Podcast

Monroe County teams gear up for the fall

Head coach Sarah Eckert’s Lady Conchs have the advantage of a seasoned team this year, having lost only two players to graduation. Adding to their strengths was a busy offseason in which many players took it upon themselves to play recreationally and on travel teams.

“They are entering this season better prepared,” Eckert said, “knowing what to expect, and more confident in their ability to compete. The foundation is in place to do great things.”

Returning for the Conchs are senior outside hitter Samantha Ventimiglia, senior Emi Ichijo, who will serve as the team’s libero, and juniors Vicky Pavlik, setter, Bridgette Sweeney, middle blocker, Elsie Warwick, outside hitter, and Monika Jaroszewicz, who plays on the right side.

Key West’s depth chart is bolstered by Lyla Holland, Reese Haggard and Annie Scepkova, who will join the varsity squad from the JV roster last season, along with freshman Gabby Garcia, who will see time as middle blocker.

The Lady Conchs will participate in several tournaments this season against highly-skilled teams who will test their abilities and prepare them for postseason play as well as boosting their district seeding. The team has its eye on a district championship this year, and has the talent to bring home the hardware, with several players aspiring to play beyond high school.

Eckert gives credit to the entire coaching staff, including Kim Butler, whose knowledge and dedication she described as “unwavering,” as well as Maddie Opalsky, who will take over the JV team this season. Opalsky also coached the Southernmost Volleyball Club in the offseason, providing a solid foundation for the Key West team.

The focus this season with first year coach Kelley Cruz’s Lady Dolphins is teamwork. Coach Cruz filled her roster with 12 seasoned players this year, but experienced or not, they will need to work hard to fill in the gaps left behind by the team’s five solid seniors last season. According to Cruz, the team looks to answer one question: Who’s going to step up into those big shoes?

Some likely candidates to produce success for the team include senior Cassie Brezil, who is stepping into the role of middle hitter and has already been a solid passer and defensive player.  Former coach Kevin Freeman said Brezil’s positive attitude and constant improvement last fall earned her more playing time as the season went on. Fellow seniors Natalie Grill and Tatyana Hribar are also expected to contribute to the team’s back row, with both boasting solid passing. Hribar is returning to play after a serious injury kept her off the court last year.

Senior Janiya Pyfrom is a strong athlete whose aggressive play should produce some excitement at the net. She will be joined by junior Bethann “KiKi” Hewlett and senior Riley McDonald, two veteran players whose height should prove an advantage up front.

Making the step up from JV last year, junior Reese Elwell is already an established setter, and fellow juniors Kylie McDaniel and Lilliam Nunez Rodriguez have serves to be reckoned with.  Junior Marquisha Abraham is expected to make contributions in the middle of the court, and in just her second year playing the sport, the team’s lone sophomore, Elena Eubank, is a natural athlete who can play anywhere she is needed.

The Lady Canes will have a lot of shoes to fill this fall, after graduating half their roster. Last year’s senior-heavy team went 9-17, playing a tough schedule in the FHSAA 3A division.  Though they lost their leaders in kills, blocks and hitting percentage, the coaching staff is confident the underclassmen will step up and fill in the gaps.

The team will focus on working together to build consistency and chemistry while working out the new roles for the returners as well as the players moving up from last year’s JV roster. Returning for the Hurricanes this season are seniors Jenna Castillo, Lana Tiedemann, Kailee Reinoso, Morgan Bailey and Kendall Bulkiewicz, along with juniors Brooke Mandozzi, Iona Holmquist and Demi Schmitt-Dinon.

Libero Kailee Reinoso led the team last fall in digs and was a leader in receptions and assists as well. Brooke Mandozzi was team leader in aces for the Canes and was also a high performer in the area of receptions.

Adding to the depth of the team will be senior LeAnn Quick, who missed last season but has experience in blocking and hitting. Though only a sophomore, Grace Leffler has been a great communicator in the middle hitter position, something that will be crucial for the team. Senior Addison Morris is new to the sport but is a powerful player and is already showing promise as an outside hitter. Junior Crystal Gutierrez-Sandoval, a veteran player, will also see reps as outside hitter.

Fans will have their first chance to see all three Keys teams in action at a preseason tournament hosted at Marathon High School on Thursday, Aug. 18. Marathon will play Coral Shores at 4 p.m., Coral Shores will play Key West at 5:30 p.m. and Key West will play Marathon at 7 p.m. 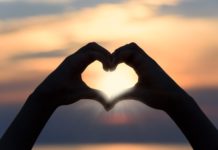