“There’s a big difference between sixth and seventh grade anyway, and then add the cultural change of integration on top of that. I didn’t do well with the transition initially,” Lopez said on Jan. 17 while speaking to students at the new Island Prep Charter High School on Flagler Avenue.

In honor of the Jan. 20 holiday honoring Martin Luther King, Jr., school officials asked Lopez to share some of his experiences and memories of a different time on a different island in a different world.

“These are some of the things we endured.”

“I would not have been legally allowed to marry the woman I love prior to 1977, when mixed-race marriage was allowed.”

“Key West was not as badly segregated as other places, but it still existed.”

“My grandmother and her two sisters making sure we stayed behind the line in the back of the bus.”

“Even though Key West still had a mix of backgrounds, we all had little pockets in which we stayed.”

“Blacks couldn’t even be buried next to white people in the cemetery.”

“There was anger on both sides following desegregation. There were at least one or two fights weekly after the schools integrated.”

“Those of us who struggled socially and academically were targeted, but a few teachers saw us struggling and reached out.”

“There was a period when blacks couldn’t swim at Smathers or Higgs Beach. What’s now the Southernmost Point buoy was called the Colored Beach.”

“In 1972, what began as a simple disagreement between a black student and a white student turned into a citywide riot.”

“There’s always a way to find some good or to make a bad situation better.”

“My politics and religion don’t have to agree with yours, but if we can work together to make this a better place, that’s what we’re here to do.” 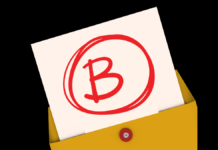