Have you freshened the batteries in your television remote lately? We’re in the throes of a long holiday season, and once all the award luncheons, holiday parties, fundraisers and tree-lightings are over, we’ll all deserve a little downtime on the couch.

But first, while I have your attention, I must take a moment to insist you watch “The Social Dilemma” on Netflix. It’s been out for a few years now, but has never been more relevant. It should be required viewing for all internet and social media users. It’s that important. I’m serious. Plus, you’ll feel much smarter than everyone in your news feeds.

Yes, “The Social Dilemma” is on Netflix, but streaming TV can get exhausting. It requires us to choose something, anything, from an overwhelming selection. It demands we take an ACTIVE role in our entertainment experience.

Cable TV (or whatever AT&T & Comcast are calling themselves these days) just sort of happens to you. You can scroll through a guide, or more likely, watch one of your recorded options to fast forward through commercials, but even if you don’t do anything except press the power button, something will always be on the screen.

There remains a non-specific randomness to regular TV. We don’t choose what airs when. The program lineup isn’t a watch list we curated. We’re at the networks’ mercy until we choose to take control, make a selection and change the channel.

I must say, the fact that so many viewers intentionally select shows like “Real Housewives,” “Teen Moms” or any Bigfoot expedition does not speak well for us as an intelligent society.

And whatever our reason (excuse) for watching, (I know it’s not real. It’s just so ridiculous, I can’t look away…”), we’re still watching. We’re making these talentless morons millionaires. I’d bet my next paycheck that more Americans recognize the name Erika Jayne than Ahmaud Arbery.

That said, I’m feeling recently encouraged, having happened upon a few new shows that I feel good (even a little smug) about watching:

“True Crime Story: Indefensible.” Jenna Friedman reviews bizarre cases and reveals appalling loopholes in the justice system. She’s a killer interviewer/reporter AND she wrote for The Daily Show w/Jon Stewart. She has a sharp, subtle wit that makes you feel smart for ‘getting the joke’ and catching her implication when interviewing an imbecile “expert witness” who’s paid by the defense. It’s on Sundance TV.

“Engineering that Built the World” on The History Channel sheds light on the iconic structures and engineering feats that have transformed our world. From the Golden Gate Bridge to the Panama Canal, Transcontinental Railroad, Statue of Liberty and beyond, the series tells the stories of the people and engineers behind the most epic builds of the past two centuries. These are the unknown tales of rivalries, egos, backdoor politics and the innovations that made the future possible. It’s a huge relief to know people much smarter than I are in charge of building bridges and cutting a hole through a continent for ships.

“When Big Things Go Wrong” is also on The History Channel. It tells the stories of what would happen if people like me were in charge of building things like drawbridges, skyscrapers, and giant tankers. But, with enormous size comes enormous risk, and when big things go wrong, they go really wrong. The History Channel’s new series examines the catastrophic result of some of the world’s worst engineering disasters caught on tape. Each episode breaks down shocking footage from collapses and collisions to reveal the shocking answers to the question, what happened? Woven together through innovative graphics, eyewitness accounts and expert knowledge, the series unravels the mystery behind these destructive moments and their lasting worldwide impact. 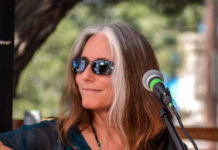 HIP TO THE SCENE: UNDER THE INFLUENCE (OF MUSIC)