In the Oct. 1 issue of the Keys Weekly, an article laid out information about five of the six state constitutional amendments on the Florida ballot in November. The last, the one about minimum wage, warrants a more detailed explanation, especially in the Florida Keys, where much of the workforce is in the hospitality industry and relies on tips.

Amendment 2 — “Raising Florida’s Minimum Wage” — is on the ballot due to a petition drive by Florida For A Fair Wage, sponsored largely by Orlando attorney John Morgan.

The proposal would gradually increase Florida’s minimum wage from the current $8.56 an hour (or $5.54 for tipped employees) to $15 an hour by 2026. And while many see an increase in minimum wage as either necessary or inevitable, this amendment would affect tipped employees dis-proportionately.

Daniel Samess, CEO of the Greater Marathon Chamber of Commerce, cautions, “Most folks don’t understand what’s going on. The devil is in the details, and we’re being sold a Trojan horse.”

Samess is referring to the interplay of minimum wages and tips under Florida law. Currently, employers deduct a $3.02 “tip credit” from the state-mandated hourly minimum wage for tipped employees. Servers are paid $5.44 per hour ($8.46 minimum wage minus $3.02 tip credit), and all tips (before taxes) are theirs to keep. It works out well for them because they usually earn more than $3.02/hour in tips, resulting in a much higher total income than minimum wage. On average, servers in the Florida Keys earn between $25 and $35 an hour.

Under the proposed initiative, minimum wages increase but the tip credit remains constitutionally frozen at $3.02. This results in doubled labor cost to employers ($15 minus $3.02 = $11.98/hour). To offset higher costs, the Florida Restaurant and Lodging Association says, businesses will respond by raising prices, adding automation, cutting employees, lessening hours, and/or replacing tipped workers with hourly employees. The FRLA says it adds a 77% increase in labor costs to affected employers.

Supporters of the amendment say a higher minimum wage benefits everyone, as employees have more security and buying power. Some consumers say they will continue to dine out with the same frequency and tip with the same largesse, but the initiative puts tipped employees in the most vulnerable position.

This could happen to “A,” a full-time server at an upscale Marathon restaurant. He estimates that tips make up 90% to 95% of his income. A only works nights. “I want to sit in my backyard and read a book; I value this. I’m enjoying the Keys,” he said. The shifted model could force A to take on more hours and daytime work to make up for lost gratuities. He says, “I just don’t think the proposal is a good idea. If it ain’t broke, why fix it? Know what I mean?”

Other cities and states have enacted minimum wage laws. Some experts studying the laws have found negative effects. 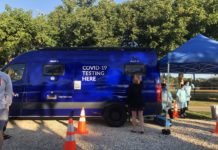 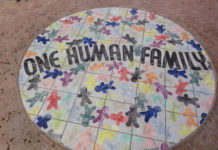