First, Shel Silverstein gave us “The Giving Tree,” now Key West entrepreneur David Sloan and the Awesome Foundation have given the island the “Poet Tree” (get it?).

The Awesome Foundation and its director Michael Shields provided a $1,000 grant to create a plaque and a coral stone garden around the picturesque tree at Fort East Martello, where poets are encouraged to read their own or others’ works of poetry.

“The tree is a place for anyone in Key West to gather for random acts of poetry,” Sloan said. “It was made possible with a grant from Awesome Foundation Key West, and the collaboration of several people, poets and organizations including past and present Key West poet laureates.

“Nance Boylan, Jack Hackett and Arlo Haskell planted roots with this project that will continue to grow. Michael Gieda and the team at Key West Art & Historical Society and Fort East Martello Museum provided the earth where this project can flourish. Michael Shields and the Awesome Foundation team provided money and inspiration, and dozens of local poets brought words of water.”

The tree was dedicated on June 11 to the memory of poet Ray Campbell.

“Several poems were read in his memory, including one he wrote called ‘Thoughts On Nude Poetry Readings.’ None of us took our clothes off, but several people bared their souls,” Sloan said.

Stop by with words of your own sometime. It was created just for you, he said. 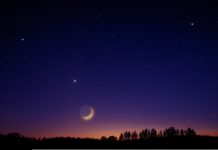 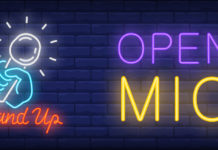 HIP TO THE SCENE: THE ART OF THE OPEN MIC WILD THINGS: THIS IS NOT A BIRD YOU’RE LOOKING AT