I was visiting family last week in Ohio. Despite having been born and raised there, I had never been to the Rock & Roll Hall of Fame in Cleveland. I know, it’s hard to imagine a music junkie such as myself missing that. So we decided to check it out.

Now, I will say this. I have very openly criticized some decisions the hall has made with regard to inductees. More precisely, I’ve disagreed with their decisions to keep some folks out. For example, do I believe Green Day belongs there? Yes, but they should not have been inducted before such bands as Styx or Little Feat. As of this year, both are still snubs despite scoring Top 20 hits when Green Day members were still in elementary school.

The nice fella who collected our tickets advised us to start on the bottom floor, where they have the early legends and influences, then work our way up to the fifth floor. (The museum employs a large staff, and everyone we encountered was helpful and extremely friendly.)

On the ground floor, I was immediately impressed and excited to see memorabilia from the early blues artists and other early musical influences. For a blues lover like myself, it was amazing to see Muddy Waters’ outfit and guitar alongside guitars from Elmore James, Robert Johnson, Howlin Wolf, Albert Collins, T-Bone Walker and so many other blues heroes. Let’s face it, without Blues there would be no rock & roll. The first floor includes the Jimi Hendrix room. The  huge room that’s split between the Beatles and the Rolling Stones were also highlights.

The museum houses some incredible memorabilia: photos, instruments, clothing and other relics. Some that really stuck out were one of Bob Marley’s hats as well as a pad of paper on which Marley scribed the lyrics to his love song “Turn Your Lights Down Low.” There is the outfit Prince wore during his iconic Super Bowl halftime show, and even a pair of torn pants worn by the Revivalists’ front man David Shaw at the Okeechobee Festival in 2017 when Shaw was injured by hitting his head on a lighting truss. Of course, he finished the performance because that’s rock & roll.

Aside from all the great displays of keepsakes and commemorations, there were some excellent interactive and visual exhibits. On the second floor, visitors can plug guitars into amplifiers and strum away regardless of experience or ability. On the same floor is a studio/jam room where the house band, The Garage, was set up and playing. Attendees could pick a song to sing with the band. My fiancée, Rachel Grace, a talented blues musician, actually played lead guitar and sang the classic Muddy Waters tune “Got My Mojo Working” with The Garage. What a cool experience.

On the third floor is a theater that shows a 12-minute film featuring highlights of performances from hall of fame induction ceremonies through the years. As expected, the sound system for the film is exceptional.

The highlight for me was the actual Inductee Room, which is broken down from the first inductees in 1986 to the current class of 2021. Each class triggered memories of the artists, bands and music.

As usual, museum visitors must exit through the gift shop. Upon leaving, I found myself in a purple haze of joy and excitement. It was truly worth the trip. If you find yourself in Ohio or need a destination for your next trip, I highly recommend a visit to the Rock & Roll Hall of Fame in Cleveland, Ohio. I am already planning my next visit. 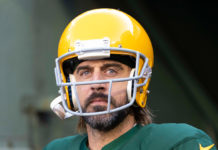