Suzi Youngberg is too sweet. Sweet like the blackberries she remembers picking with her grandmother when she was little growing up in rural Georgia. She later had a lucrative career in corporate sales and spent a lot of time on the road even after moving to the Keys in 1997. That was until her husband, Scott, was diagnosed with a rare form of cancer that meant six months of treatment in Boston.

“We were looking at bankruptcy,” she said. “This town really came together and helped us raise money.” But it still wasn’t enough. That’s when Suzi made the phone call to the American Cancer Society. “It’s a number I give to anyone who has the ‘C’ word in their life.”

Once Scott was cleared and the two were back in the Keys, she quit her traveling job and set her roots into the community. As a member of Upper Keys BPW, “I’ve met more people and made more friends in the last two years than I did the first 18 years we lived down here,” she said.

That’s when she saw something on Facebook about the upcoming Relay for Life walk. She and Scott asked what they could do to help out. Fast forward a few years, and Suzi is now the society’s Community Development Manager for the Florida Keys. “We were just given so much help, we felt the need to give back,” she said.

Her typical day now consists of committee meetings, chamber meetings, recruiting teams, and seeking sponsorships for Making Strides walk, Relay for Life, and the Diamond Gala. “All the traveling I did before, traveling up and down the Keys is nothing,” she said.

So, we wanted to know about Suzi, who also is currently nominated for Woman of the Year. The winner will be announced at the Upper Keys BPW political forum on Oct. 17 at Whale Harbor in Islamorada.

How did you end up with American Cancer Society? I was tired of traveling after spending 20 years living in a hotel room — and knowing I might lose my husband, I knew I needed more together time with him and at home in my community.

One fun fact about you? I love my cat SugarBear like my child. He rescued us back in 2013. He walks on a leash, travels everywhere with us, including Colorado a few summers ago. People around our community know the big white cat on a leash … he even goes to Bill’s Liquor and a few other bars.

What’s the most rewarding project you’ve worked on? I love raising money for the American Cancer Society. I believe strongly in the mission.

What does success look like? Being happy with what I have and where I am in life.

Proudest achievement? When I first started dating my husband, I gave him a “love poem” that a few days later turned into a song. It was such a thrill! We have since written several songs together, and my younger brother who is also a musician and I have also collaborated on a song. We have a “Caribbean Soul” and when I have time, I write on Suzi’s World (suzisworld.com).

Dream meal: you are sitting at a diner counter eating … who walks in and sits next to you, what are you ordering? My favorite meal is bread, cheese and wine. And I can make conversation with anyone who happens to sit down next to me.

Favorite Keysy thing to do? I love being out on the water. I miss spending the night out and waking up on the Florida Bay.

What would your superpower be? Always wished I could fly.

Best piece of advice you ever received? Be happy.

What was your first thought this morning? I have to get these questions answered for Kristen. And, I have an event in four days, YIKES!

Favorite guilty pleasure? When I traveled for a living, I was in different towns every night, and Outback was one of my favorite dinner spots because it felt familiar.When I am in Key West and have extra time, I often go in the Outback for their seared tuna; people look at me funny when I say I went to Key West and got tuna from Outback.

If you won the lottery, what’s the first thing you do/buy? Take care of my parents! My mom has Parkinson’s and Daddy is her caretaker, so I would love to have lots of money to put them in a fabulous place to have her taken care of and let him travel and enjoy himself.

If you could change the world, what would you do? More love, less hate. I wish people would be kinder and think about their words and actions and how the effect others. Yes, it’s a cliché, but I always wish for world peace.

What did you want to be when you grew up? A writer. The great American novel is on my bucket list.

We heard you can sell anything; what’s the craziest thing you sold? Anyone need size 15 men’s pink Converse?

Scott, my husband, would describe me as … Loving, quirky, messy, and, lately, very distracted. He is very patient when I have an event looming and get a little crazy!

My autobiography would be titled… “The World According to Suzi.”

I live by the motto … Money isn’t everything, find happiness and be nice.

Making Strides Against Breast Cancer Walk will take place in Key West on Saturday, Oct. 13 at Key West Amphitheater; with registration at 8 a.m., teams can still sign up. Relay for Life will take place in Marathon in May. This year’s theme is “Younite” and she hopes to unite the Keys by having bigger all-inclusive events. 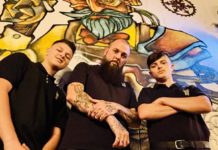