As it turns out, we aren’t actually beach bums. Director Harmony Korine’s new movie, “The Beach Bum,” hit Key West more with the thud of an empty mojito glass than a bang. Granted, the movie only had two things going for it: 1) Matthew McConaughey and 2) it was filmed in Key West. Otherwise, the premise of a stoner poet beach bum named “Moondog” has about as much Key West reality as our city commission doing bong hits and blaring Fleetwood Mac’s “Rumours” on a Tuesday night.

Of course people were giddy when “The Beach Bum” filmed here — it’s Matthew McConaughey, for chiseled abs’ sake. We all roamed around hoping for a run-in because, well, he’s alright alright, alright.

A new friend of mine, Jessica Long, confessed to almost running him over on Whitehead Street.

“Why didn’t you? You could have held his hand in the ambulance all the way to Miami.” I am as shameless as Felicity Huffman sometimes.

Another friend, Nan Klingener, posted an interview with Mr. Korine on vice.com, and this was my takeaway quote: “The more time you spend in Key West, the more time you start to see a specific type emerge. … This kind of celebration of a lack of ambition. It’s check-out culture.” WTF?! We are more checked in to politics, culture, the environment and the economy than any of the 40 potential presidential candidates. And — insult to injury — he calls it “Comedy that revels in the resilience of the longtime residents of the Keys — the houseboat owners, the bartenders, the boozers — and the lifestyle they don’t want to (and won’t) give up easily. These are the Conchs, through Korine’s eyes.”

Having lived here 18 years and interviewed just about anyone I could for the Weekly, that does not describe the majority of us, nor is that a “Conch.” As a reporter, author, mother of two, wife juggling it all in my 40s, I am not exactly Mr. Korine’s “specific type.” In fact, while reporting, I have met some of the most creative and ambitious people in the Keys. Kids who are excelling in high school, young people starting businesses, older people embarking on new careers, determined people working two or three jobs to live on this one- by four-mile island. I invite Mr. Korine to a Chamber of Commerce meeting, Mallory Square at sunset, any charity function, to the Base, behind the curtain at any theater to actually meet the earnest people who make Key West, Key West. Mr. Korine, I am talking to you: be careful with your stereotypes.

The few locals who have seen the movie immediately got on Facebook and warned the rest of us to save ourselves. Resident extras were cut from scenes — no fun in that — and overall the movie was as entertaining as a popcorn ceiling from the ’80s.

I will never see the movie, because I’m a loyalist. The Key West I know is not “drunkards, degenerates, and romantics who inhabit what was once Ernest Hemingway’s famous, mythic retreat,” as Mr. Korine said. The movie may be made up but sorry, Harmony, your opinion of us is too.

BOAT RAMP ETIQUETTE IN THE BUSIEST NAUTICAL MONTHS OF THE YEAR 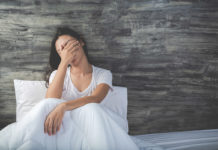