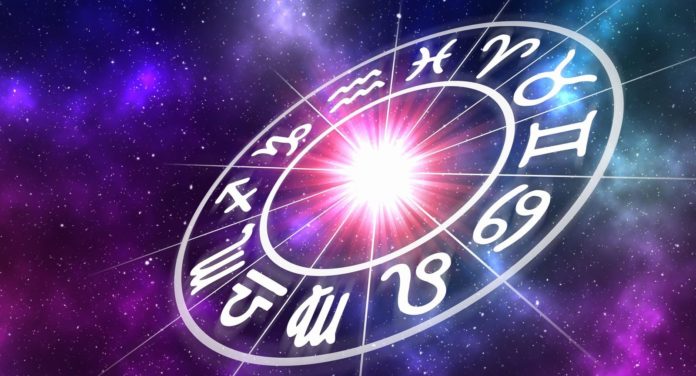 Ruled by Jupiter, the fun, drunk, van-dwelling uncle of the solar system, Sagittarius is the official sign of letting the good times roll. After the dark intensity of Scorpio season, Sagittarius is a buoyant, welcome respite. At its best and brightest, Sagittarian energy is expansive, curious and enthusiastic, the exclamation point of the zodiac. At its worst, the sign and the skies it occupies are reckless, tactless and uncompromising. Sagittarius looks to learn, preferably through travel, transformational experiences and unusual encounters. Seek the strange, welcome the new, and by all means, with an archer ruling the sky, shoot your shot.

Sagittarius
November 22 to December 21
Happy solar return, archer. The finest way to toast another year of life is with complete gratitude for the ordinary marvel of your own beating heart. Fellow Sagittarius and poet Mr. Jim Harrison, said, “Birthdays are ghost bounty hunters that track you down to ask, ‘Que pasa, baby?’” Give those ghosts of birthdays present reason to blush and occasion to laugh.
Notable Sagittarius: John McCrae / November 30, 1872

Capricorn
December 22 to January 19
For sea goats, the fallout of the upcoming eclipse will be felt in the realms of health and self-regulation. Director and fellow Capricorn Hayao Miyazaki writes, “To exist, here, now, means to lose the possibility of being countless other potential selves. The fantasy of cartoon movies… illustrate a world of lost possibilities.” If you are willing to change course, there is still time to live out a long-abandoned possibility.
Notable Capricorn: Kim Jong-un / January 8, 1983

Aquarius
January 20 to February 18
Famed director and fellow Aquarius Federico Fellini wrote, “I don’t believe in total freedom for the artist. Free to do anything he likes, the artist ends up doing nothing at all….” As the resident radical of the zodiac, you too, require restrictions and ramparts to create the future as you dream it. Surrender the idea of total freedom and instead, decide on the right wrongs to rally against.
Notable Aquarius: Jay Adams / February 3, 1961

Pisces
February 19 to March 20
Career clarity is on the horizon, Pisces. Neptune, your ruling planet, goes direct and the sun in Sagittarius lights your professional sector. You can’t get made without first making some missteps. Poet and fellow fish Edna St. Vincent Millay said, “I am glad that I paid so little attention to good advice; had I abided by it I might have been saved from some of my most valuable mistakes.”
Notable Pisces: Erykah Badu / February 26, 1971

Aries
March 21 – April 19
Rough and tumble orphan Beat poet Gregory Corso credited a stint in New York’s Clinton State Prison with making him a writer. Encouraged by gangsters, murderers and ne’er-do-wells, Corso’s burgeoning genius was fed by volumes from the prison library. As you settle into winter and confinement of any variety, seek the company and courage that can only be found in cages.
Notable Aries: Lucy Lawless / March 29, 1968

Taurus
April 20 – May 20
The sun is moving through your eighth house of intimacy and intuition. The quieter you can be, the more insights you will collect. Limit conversations and spend time in sacred silence. Listen to others without interruption and to yourself without distraction. Artist Lenora Carrington wrote, “We went down into the silent garden. Dawn is the time when nothing breathes, the hour of silence. Everything is transfixed, only the light moves.” Get yourself in the garden, Taurus.
Notable Taurus: Danny Trejo / May 16, 1944

Gemini
May 21 – June 20
The full moon eclipse in Gemini will be felt most fully by natives of the sign. Eclipses make it impossible to hide high hopes and bad habits and under this lunation, transformation is not only possible but inevitable. How to aid and abet your next becoming? Be clear and relentlessly communicative about what you want. Then face down with sharpened teeth the fears intent on robbing you of your future.
Notable Gemini: John Wayne / May 26, 1907

Cancer
June 21- July 22
New research suggests that crabs not only feel pain, but remember it. I offer this to you, crab folk, as there is power in pain and the memory of it. Your own reliquary of hurt will guide you through the coming months with the wisdom to avoid what has caused you pain in the past, and the compassion to avoid inflicting the same ache on others.
Notable Cancer: Lizzie Borden / June 19, 1860

Leo
July 23 to August 22
If you’ve been battling a bout of jealousy or insecurity (a rare vex for the prideful lion) the forward momentum of Neptune should shake loose from your mane any lingering doubts. Return from your sojourn of uncertainty stronger, and more convinced of your worth than ever before. “Power is being told you’re not loved and not being destroyed by it,” says lioness Madonna.
Notable Leo: Henrietta Lacks / August 1, 1920

Virgo
August 23 to September 22
Billy Bob Thornton mused “You want to know the hardest part about being smart? I pretty much always know what’s going to happen next; there’s no suspense.” I’ve yet to meet a dumb member of your ilk, Virgo. With the ability to predict comes the inevitability of pessimism. Recalibrate your life; company most especially, to make room for the wild unknown and the strange flowers of surprise.
Notable Virgo: Tony Alva / September 2, 1957

Libra
September 23 to October 22
Abstract painter and fellow Libra, Mark Rothko occasionally refused to sell his work to those who did not react to it the way he wanted. Whatever you do, remember you can only control what you create, not what others take from it. Create your life with little regard for the consequence of outsider opinions.
Notable Libra: Stacy Peralta / October 15, 1957

Scorpio
October 23 to November 21
Train hopper and American folk hero Utah Phillips wrote, “Time is an enormous, long river, and I’m standing in it, just as you’re standing in it. My elders are the tributaries, and everything they thought and every struggle they went through flows down to me –if I take the time to reach out, I can build that bridge between my world and theirs. I can reach down into that river and take out what I need to get through this world.” All you seek, surrounds you. Fill your cup.
Notable Scorpio: Bootsy Collins / October 26, 1951 ONLY IN KEY WEST: BARSTOOL ASTROLOGY