It’s another tough day in paradise; wind chill is 84 degrees and the beer temperature is 32 degrees. Music is drifting across the harbor from the bar and the sunset is a dazzling show of fire splashing into the ocean somewhere over there. The weather outlook is great for the extended forecast window. That means many of the captains and crew are making last-minute adjustments to their “sail-plan” and will be underway in the morning.

The term “Captain and Crew” sounds all nautical, but for the most part it refers to a couple. Generally speaking, the husband is captain and the wife is crew with mostly domestic duties that don’t require a lot of seamanship. This rubric is international and covers most boats from canoes to boats about 50 feet in length.

One such couple had a few decades of cruising on these terms and left the harbor a while back to visit Isla Mujeres, Mexico. They were well known for their cruising experiences and a great source of nautical information. They were very astute at picking weather windows so most of their adventures fell into the “fair weather sailors” category. They had a well-founded boat, dedicated on-board duties, and watch schedule. And in their case, he was captain and she was crew.

Making way down the east coast and around the Keys is a fabulous unlimited adventure cruise. Once past Key West they had a 300+ mile run of open ocean. Northwest of Cuba and halfway there by sunrise, the wife wakes up and starts a coffee pot. This is where the problems begin. The captain is not on board! There are not many places to search for a missing person on a 45-foot boat. The first distress call would not go out for more than three hours because the crew did not know how to use the VHF or single sideband radio. The wife, now captain of a drifting boat, did not know even the basics. She was limited to steering a course that her husband told her to maintain. After decades of coastal cruising together she had not been taught or bothered to acquire even rudimentary seamanship skills.

She did finally manage to get a distress call out that was received by a U.S. Navy ship in the area. The naval ship took her aboard and sank her boat as a hazard to navigation. Her husband was found dead a few days later. He had a head injury consistent with a blow from the mainsail boom.

This is not an isolated event. Ask a Coast Guard, SeaTow, or Tow Boat US captain if they ever get calls where the captain is incapacitated and the crew needs help getting the boat to a marina. It might account for the majority of rescues, but they will have a few stories to tell.

Finally, commanding a boat single-handed is fine, but if there is a crew, at least one of them should be able to replace the captain. 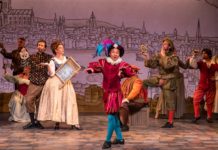