This time of year a few things happen in the Florida Keys. One thing is when the snow starts falling up north, the phones start ringing down south. Instead of the leaves changing like up north, the license plates start changing color down south.

I compare wahoo fishing to whitetail buck hunting. Sometimes wahoo fishing is the most boring type of fishing in the world until you get one on. You have to be committed to it. You have to spend hours, just like sitting in a tree stand for hours waiting for a twelve-point buck to step out. Just like hunting, when the buck does step out, it’s normally a game of inches and seconds. When the wahoo strikes, you’d better have your drag set right, your knots tied tight and have a ready angler on standby.

If you Google how to catch wahoo, you’ll find a hundred different techniques. We’ve tried many ways and been successful catching wahoo with several of them. Our top three favorites are: 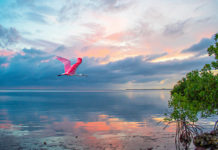 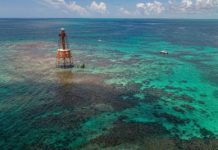