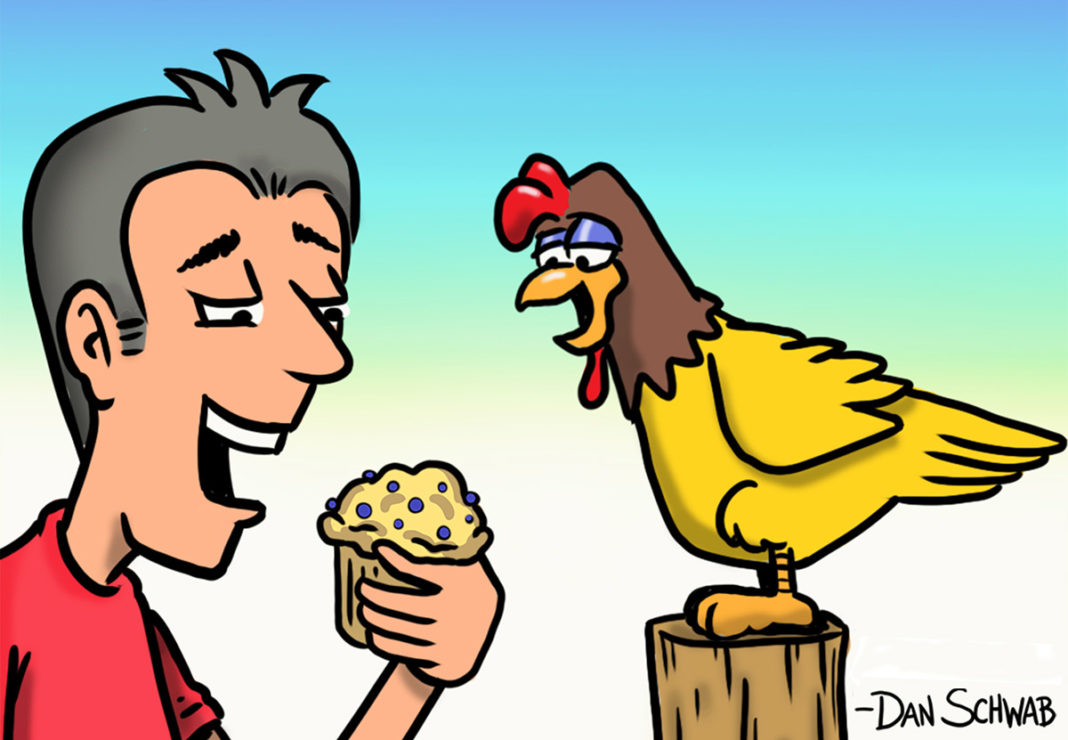 Key West’s unofficial mascots are messy, especially in areas where well-intentioned residents feed them regularly. But the island’s resident chicken population will now have to fend for themselves and find their own food.

The Key West City Commission on Jan. 20 unanimously passed a new ordinance that makes it illegal to feed wild chickens within the city limits. The new law does include an exception for those who own and keep chickens on private property as long as they’re kept in proper coops that are cleaned daily.

“One resident in my neighborhood, between Whitehead and Thomas streets, near the city pool and park, is feeding chickens from a 50-pound bag of feed,” resident Patricia Eables told the commissioners. “I reached out to code enforcement and learned there was no ordinance prohibiting this. But you can’t walk up my stairs or touch the railings without touching chicken feces. The same is true for the playground equipment and benches at the park. It’s really a health issue.”

New Town resident Charles Malta echoed Eables’ concerns about a neighbor who scatters chicken feed on the ground in his Patterson Avenue neighborhood.

“Their population is exploding,” he said. “And when you ask someone to stop feeding them, it’s as if you’re asking for their first born. I trapped 22 chickens in 10 days to take to the Key West Wildlife Center, which keeps them for a month and then sends them to a guy in Central Florida who takes care of them and sells their feces for fertilizer, which is great.”

“I don’t think the offenders realize the harm they’re doing,” Kaufman said. “How do we educate the public? Maybe we talk to the businesses that sell the big bags of feed.”

Several towns at the Jersey Shore for years have faced a similar problem of visitors feeding the resident seagulls, which also become extremely aggressive. Such towns started placing small signs in local businesses, telling people not to feed the birds and outlining the health and safety concerns.

In order to be cited for feeding Key West’s chickens, a code officer must witness the violation, said assistant city attorney Natalia Mellies.

Commissioner Mary Lou Hoover has been meeting with residents in her neighborhood who have said they’d be willing to assist code officers by calling immediately when they see someone feeding the chickens.

“A lot of these people who are feeding them are well-intentioned,” Kaufman said. “They think they’re helping, but they don’t realize the harm it’s doing.”

The ordinance passed the first of two required public readings on Jan. 20 and will be officially implemented with the expected passage of the second reading next month.