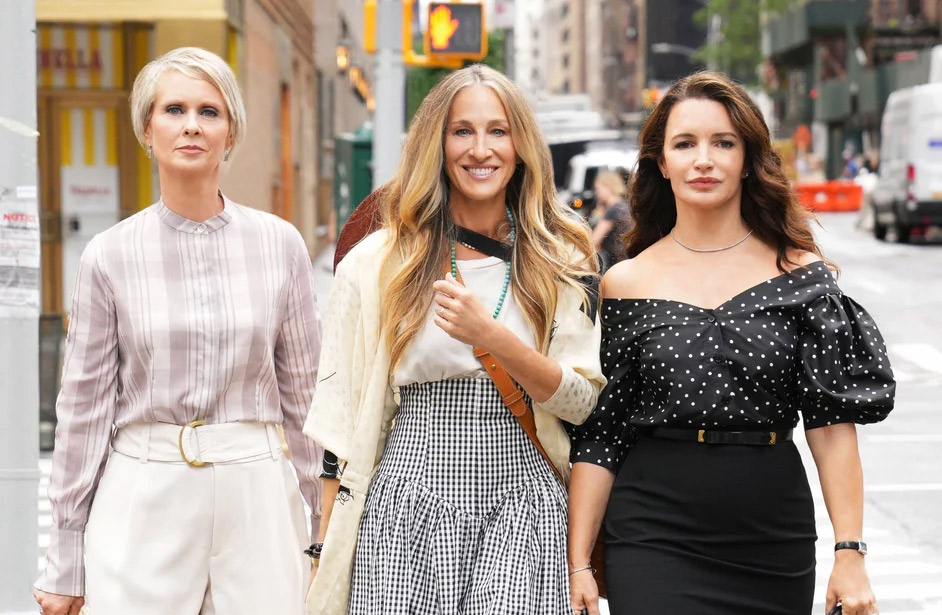 HBO’s new show “And Just Like That,” is the next chapter of its age-old hit “Sex and the City.”

Sarah Jessica Parker, Cynthia Nixon and Kristin Davis return as Carrie, Miranda and Charlotte, whereas Samantha has moved to London since Kim Cattrall chose not to reprise her role.

In case you’ve been living under a rock this week, the show has spawned controversy and criticism, but a devoted following  (what doesn’t these days?) So we bring you…

Top 10 Revelations after Watching HBO’s “And Just Like That”

10. You can’t believe a show about wealthy white women in NYC isn’t socially relatable in 2021.

9. You just realized it was a show about Karens before you knew what a Karen was.

8. You have no idea what the Nasdaq is, but you’ve been really upset about the future of Peloton stock over the past week.

7. You watched HBO’s “Sopranos” sequel and still thought, “I bet they get it right this time.”

6. You can’t believe a guy who calls himself “Mr. Big” could be accused of sexual assault in 2021.

4. You just realized Samantha Jones was the only character worth watching and she bailed out years ago.

3. A Peloton commercial and “And Just Like That”  killed off Mr. Big after one week — but Peloton actually did it because he’s an alleged predator.

2. You watched this show and totally skipped “American Rust” with Jeff Daniels on Showtime. You clearly can’t be trusted with the remote.

1. You are disappointed that a show about the day-to-day social interactions among elite, fashionable white women can be so socially irresponsible, yet you can quote the last six seasons of “The Real Housewives of Beverly Hills.”